I've spent a relatively quiet weekend; on Saturday, I went shopping, and, unbelievably, actually spent money, something I'm usually disinclined to do.

Today, my asthma is flaring up, so I'm pumping in meds every two hours. Hopefully, I'll be better by tomorrow. If not, I'll make an appointment with my doctor.

TV sucks today, so I'm catching up on blogs I don't usually have the time to vist every day. One of those is The Smallest Minority, whose post I'm exerpting below is classic:

All societies are defined by their philosophies, and their philosophies are, in effect, shared delusions. When placed in conflict, objective reality highlights the flaws in those philosophies, and makes them obvious. If the society will not recognize the flaws and take pragmatic steps to counter their effects, that society will most probably be on the losing side of the conflict. AFTER the conflict that society can once again resume its suspended belief, or it can continue on in some changed form. Americans dropped firebombs on German cities and firebombs and nuclear weapons on Japanese cities, killing tens of thousands of innocent children. Then we helped rebuild Japan and Germany into economic powerhouses - powerhouses that far better protect the rights of their citizens than the old societies did.

The point of the whole rights discussion has been one of pragmatism vs. absolutism. Islam is an absolutist religion. So is communism/socialism. The American belief in individual rights tends very hard towards absolutism, but it has been flexible and pragmatic enough to survive the Civil War and two World Wars without deforming too far. Western culture is being attacked from within and without by absolutists who accuse it of falseness because of the fact that we have acted against the absolute requirements of our stated creed. Unless we believe as a society that what we fight for are ideals - things worth believing in - and not self-evident, absolute, positive, unquestionable, fundamental ultimates, then we run the risk of losing the conflict because we won't make the pragmatic concessions necessary to survive.

He was talking about WWII, when we made the difficult decision to target civilians. There have been 2nd-guessers since that time, who have shrilly argued that, if we don't hold the line and keep to our principles at ALL costs, we will have lost the battle, anyway.

I cannot agree. I'm not a philosophical type - I am frankly bored by endless blatherings about abstract principles. I'm the pragmatic type - get the job done, and never mind the details. I tend to gravitate to those with similar mindsets - think of them as the John McLane types - if your motives are good, faggadabout how the job is accomplished. 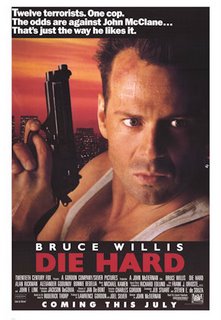 Such an attitude drives the purists to absolute insanity - they want to use logic as a tool to enforce their elegantly-reasoned and totally logical worldviews. Think of them as Spocks. Not the Dr., the Vulcan. 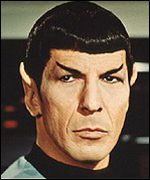 Need I mention that logic is often of limited use in dealing with the human species?
- October 29, 2006